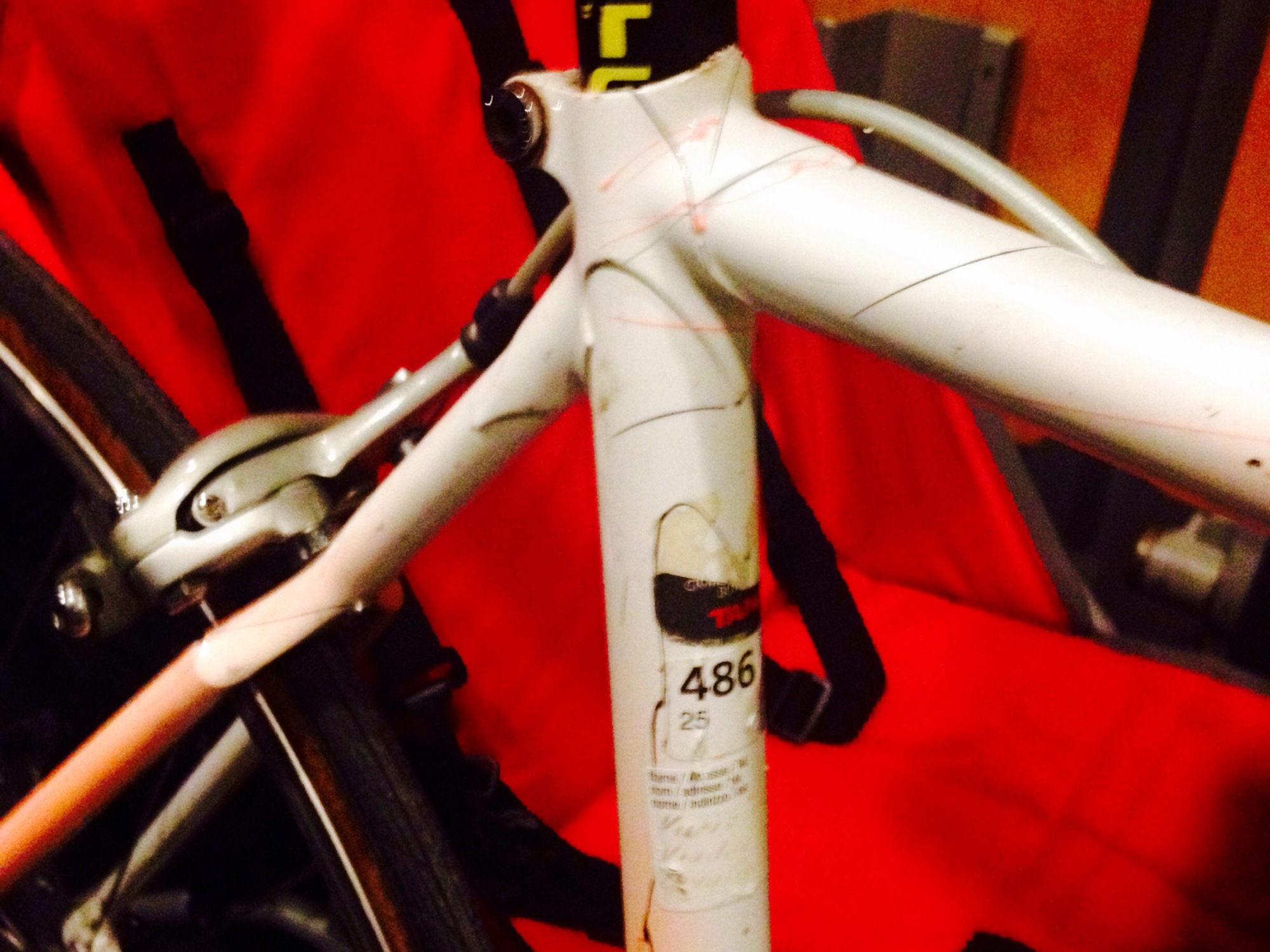 Welcome to the first post in my Daily Drivers category. I aim to document Ferraroli bicycles seen in everyday, and sometimes also every day) use here in Switzerland. Apologies in advance for the photo quality, as it isn’t easy taking well lit, focused and composed pictures on a crowded, moving train at night. 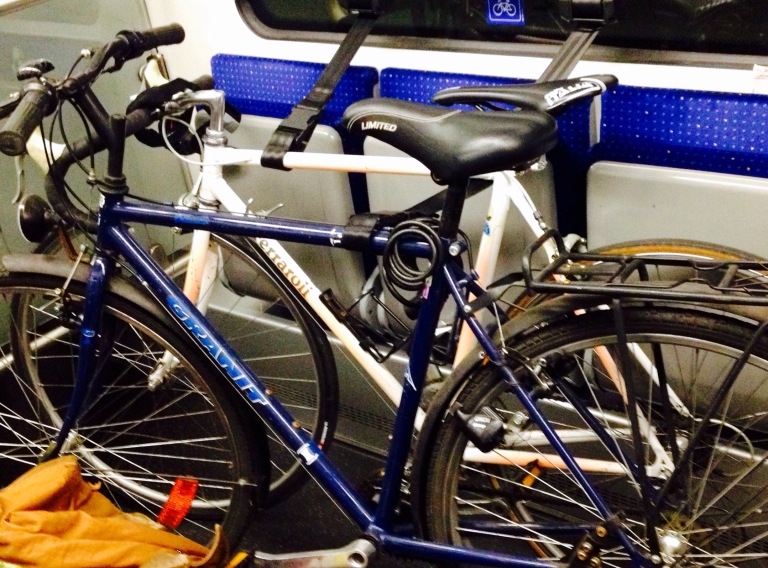 I first spotted this road bike during my evening commute. It wasn’t in a position in which I could easily check out the details without making a scene, but I hoped I would see it again. 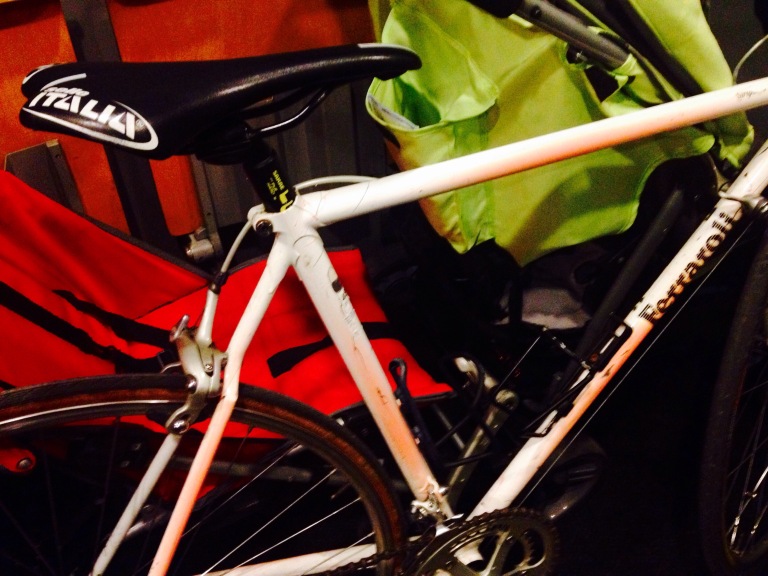 A few days later, on a different train in the same direction, voila! This time, the cargo was stacked in my favor, with the Ferraroli on the outside, with the drive side facing me. 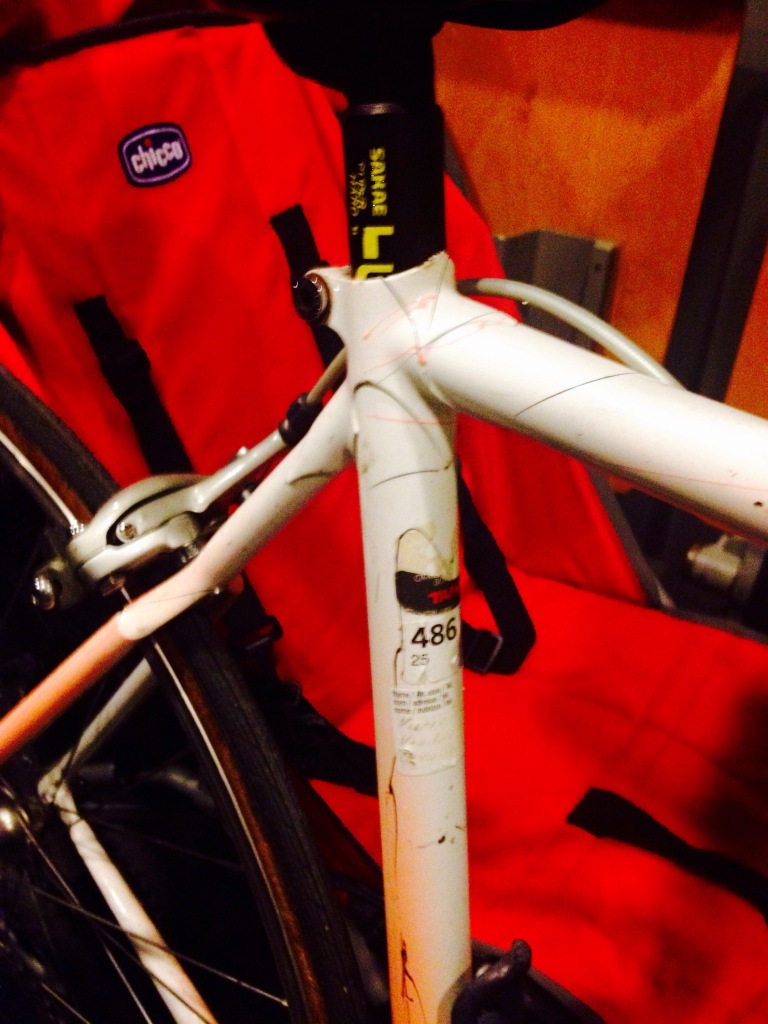 Here one can see the wishbone monostay joined to a seat tube lug that fully captures it. The remains of a Tange Infinity tubing sticker can also be seen on the seat tube. 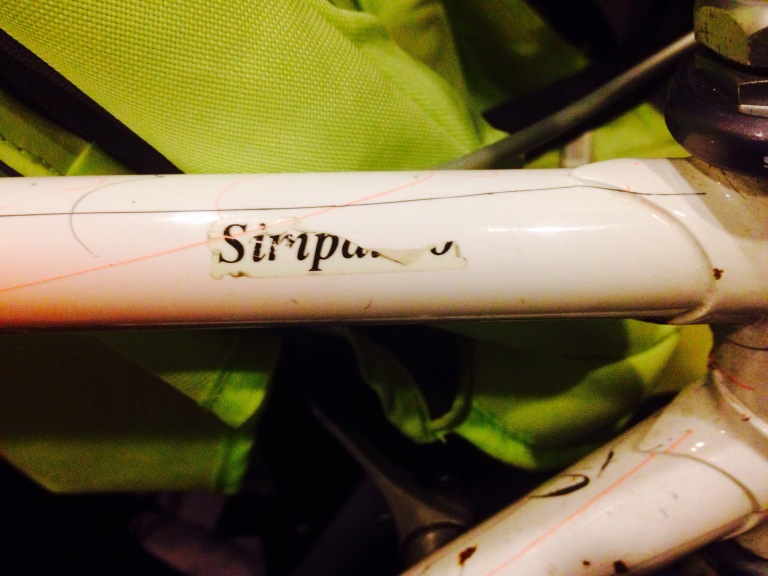 This marked the first time I learned of the Simpatico model name. I have a bike without a model name sticker, but with the same tubing, lugs and fork. There is also a Grazioso road bike with the same basic features.
Since my frame has two serial numbers, indicating that the frame was brazed in Japan and finished in Switzerland, perhaps the two model names differentiate frames brazed in Switzerland from the imports? Next time I see this bike, I will try to get the serial number to learn more. Stay tuned!