I bought this rusty red frame with mis-matched Ciocc fork solely for access to an example of the earliest Ferraroli branding.

It is only one of two Ferrarolis which I’ve seen in over six years of following them with this early graphic design.

I can’t find a serial number on this frame, but it must be earlier than #150, the light blue frame referenced below. 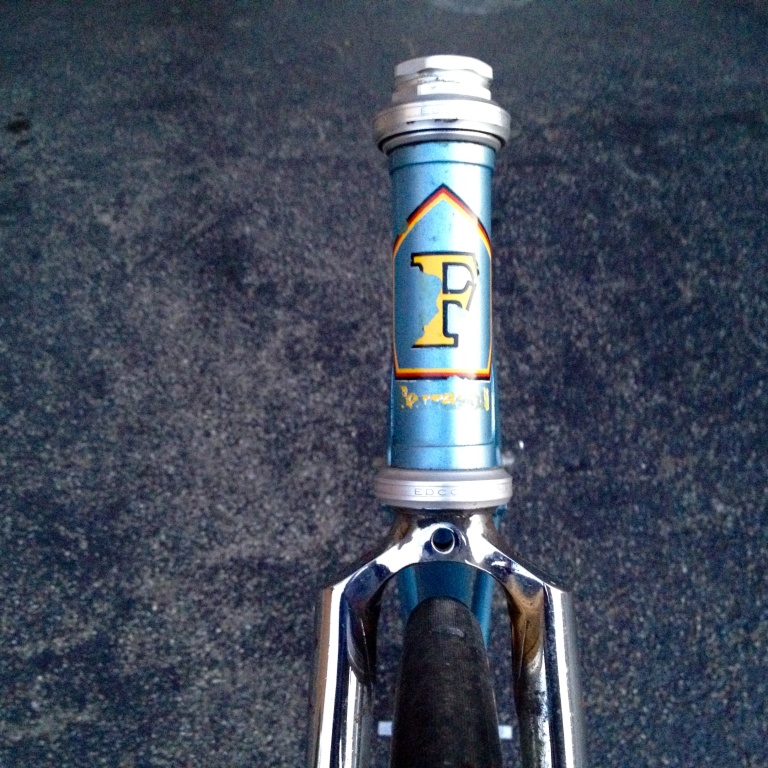 Now, the logos from a frame so early, it might not even have a serial number. 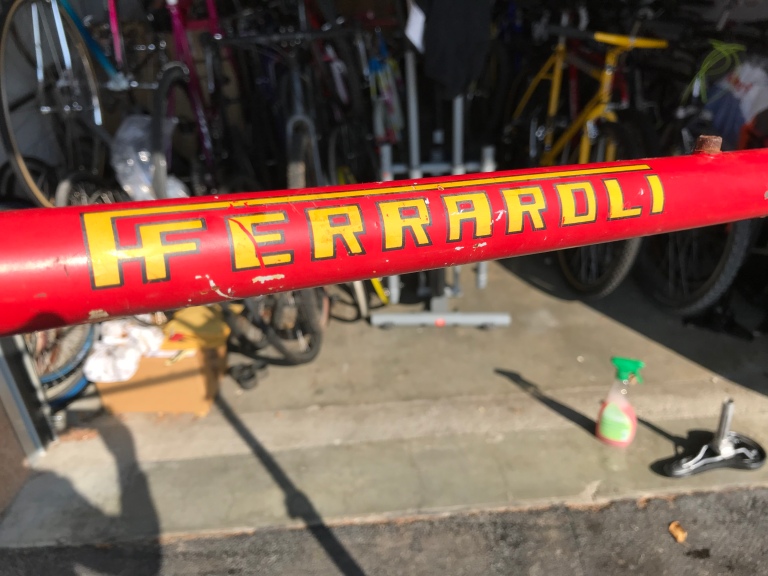 Interesting that a pentagonal border soon replaced the original hexagon. 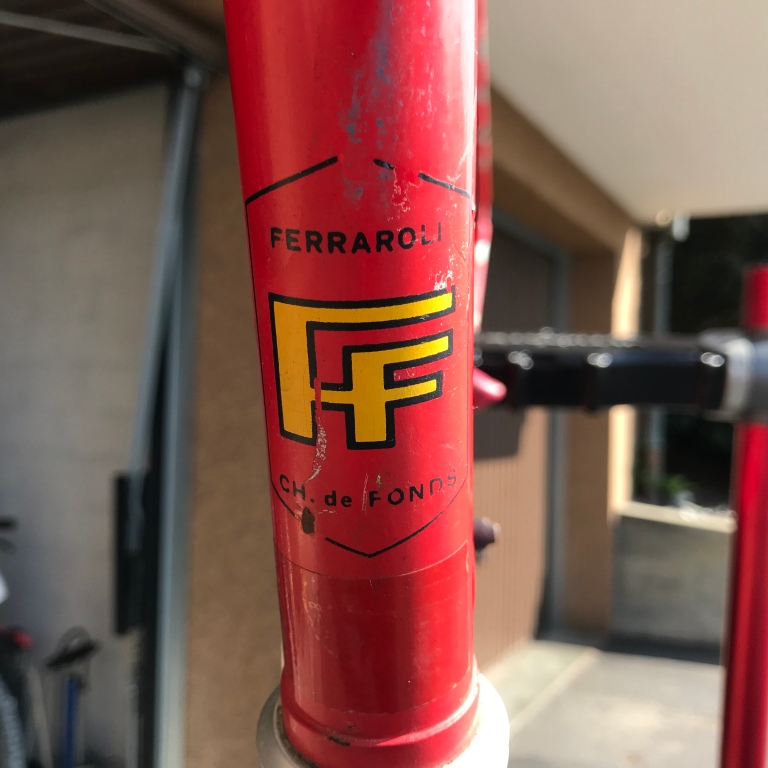 I suspect that the double F in the logos refers to the two brothers Ferraroli: Alain and Florent. Whether it means one F for each of them, or Fratelli (brothers in Italian) Ferraroli, only they could confirm. 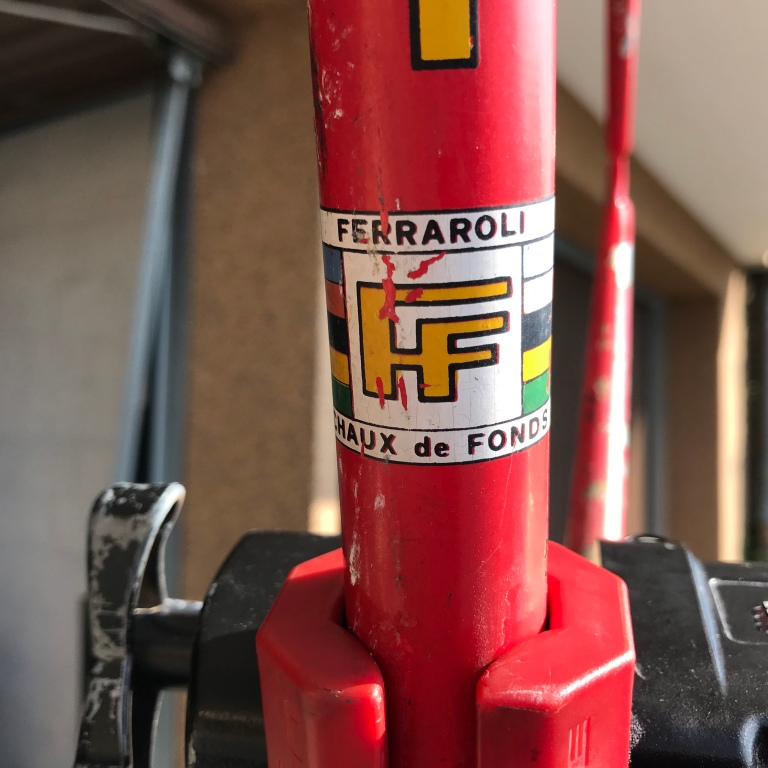 Rainbow wraps on the seat tubes continued into the next generation, but with a single F with laurel wreath. 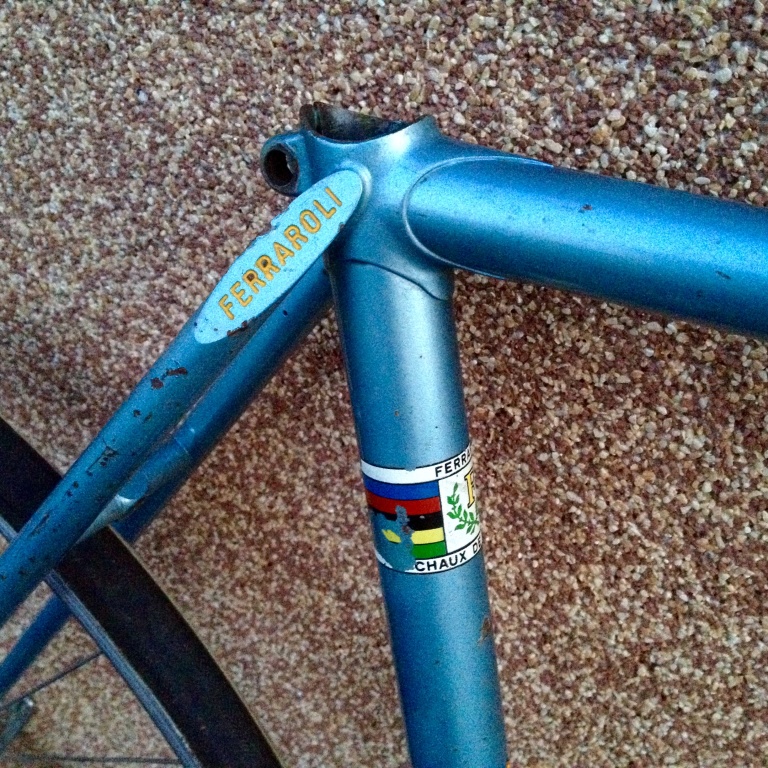 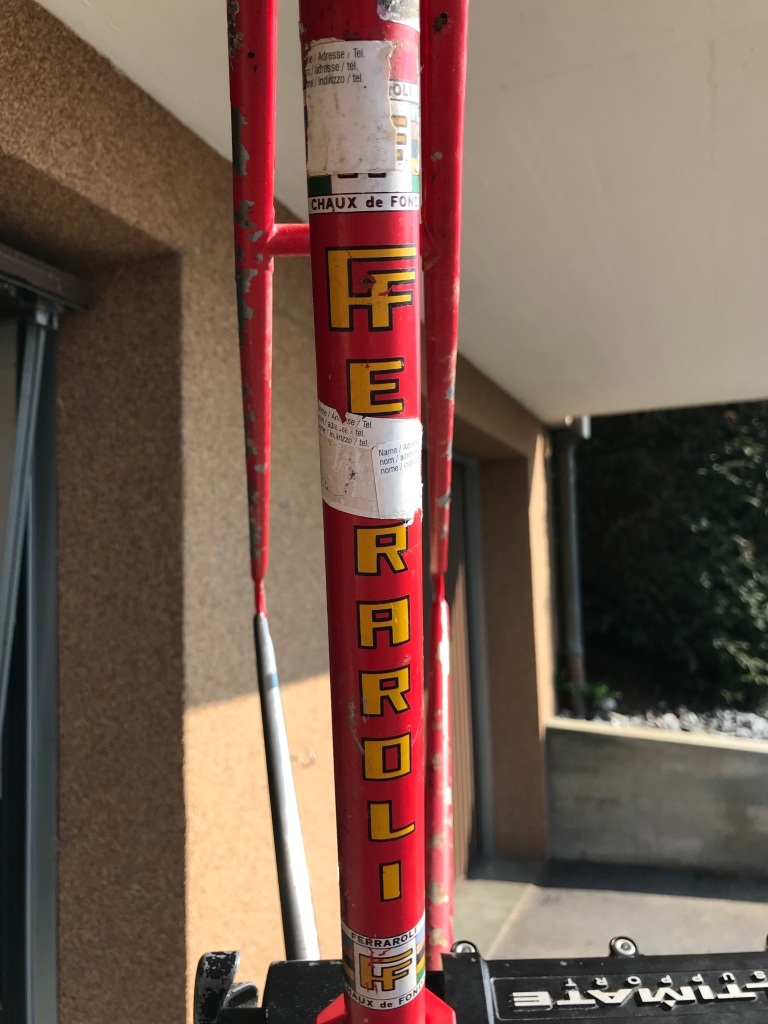 I don’t believe that Ferraroli ever vertically stacked the letters of their logos on the seat tube again, after giving up this graphic design.

Cycles Ferraroli was founded in 1978, which suggests that their first graphic design might not have lasted into the following decade. It’s replacement, as seen in the blue frame above, lasted until about 1987 before a minor facelift, but that’s a story for another post.